This article is about travel in Africa.

There's nothing more enchanting than the grand diversity of Africa. Having a territory that reaches out to various island groups, the continent of Africa is certainly a paradise filled with different interesting cultures, sceneries, and attractions. The many marvels resting in each area of Africa never fail to give its visitors lasting satisfaction. From botanical gardens to newly-constructed entertainment centers, every country in Africa has a lot to offer travelers from all over the world.

In the northern part of Africa, history still plays a major part in today's tourism. Egypt, Morocco, and Tunisia are shrines where primeval elements are given importance.

The pyramids and the Nile River are some of the world-renowned attractions that remind people of Egyptian past.

The fascinating history of Islam in Tunisia can be discovered in Kairouan, one of Islam's holy cities. Its age-old mosques and impressive medinas contribute to the grandeur of this historic site.

In Morocco, even vacation rentals remind tourists of Moroccan history. Through the Fez Medina, travelers enjoy staying in villas that are reminiscent of small palaces in Old Morocco. 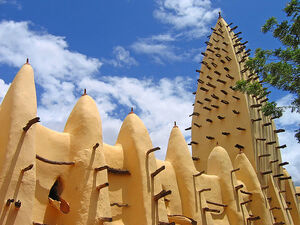 If North Africa is rich in things that remind you of Moroccan history, the opposite pole is overflowing with modernism. South Africa has a lot to do with contemporary lifestyle.

Moreover, South Africa also contains the famous Johannesburg city. Famous for its gold and diamond industry, this largest city in Africa is home to many popular mines such as Welkom, Evander, Orkney, and Carletonville. Aside from the mining industry, Johannesburg is also a center for media and communications. It is where you can find many magazine and newspaper offices, telecommunications, and transport centers.

More than the many great structures built by man, Africa is a magnificent continent because of its abounding natural wonders. The eastern part of Africa owns many of the nature's gifts bestowed upon this precious continent.

Tanzania and Kenya have great landscapes and wildlife that make them perfect adventure lands for safari-loving tourists. Madagascar and Uganda are known for their exuberant plant forms.

When it comes to bird watching, nothing can beat East Africa's Ethiopia. This landlocked country is home to different kinds of birds such as the White-Collared Pigeon, Wattled Ibis, and White-Tailed Swallow.

Muslim architecture is a striking feature of West Africa. Mosques, both modern and age-old, stand majestically in various West African countries. A very impressive mosque known all over the world is the Bobo-Dioulasso Old Mosque. It is a popular earthen religious center in Burkina Faso that has a unique and impressive architecture. Other usual mosques visited by travelers are Village Mosque in Gambia, The Grand Mosque in Senegal, and Accra Mosque in Ghana.

Retrieved from "https://cities.fandom.com/wiki/Travel_in_Africa?oldid=15796"
Community content is available under CC-BY-SA unless otherwise noted.