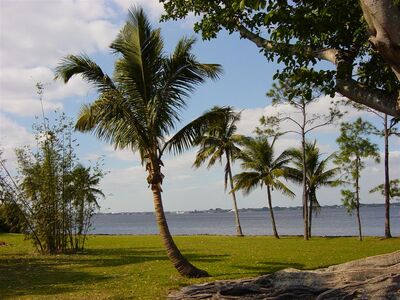 Francis Asbury Hendry (1833–1917), commonly known as "Berry", was a Georgia-born Florida cattleman who became a soldier and a politician, obtaining the rank of Major in the Confederate Army. His family will be for ever remembered in LaBelle, Hendry County, which he platted in 1895.

His first military service was as a mounted volunteer in the Third Seminole War. From 1857 to 1859 he served on the Hillsborough County Commission.

For half of the Civil War he was a cattle supplier to the army, but in 1863 he formed his own cavalry company.

After the Civil War he briefly represented Polk and Brevard Counties in the state senate. He continued serving local government while building a huge cattle business based first at Fort Myers and later at Fort Thompson. He was among the first in Florida to sell cattle to Cuba.

In 1893 he started more than a decade as Lee County representative in the state legislature.

Berry bought large areas of land on the Caloosahatchee River, which drains land north of the Everglades and flows towards the Gulf of Mexico past LaBelle and Fort Myers. He retired to Fort Myers.

In 1923 the state commemorated him with the creation of Hendry County and nominated LaBelle as its county seat.

Retrieved from "https://cities.fandom.com/wiki/LaBelle,_Florida:Francis_A._Hendry?oldid=13466"
Community content is available under CC-BY-SA unless otherwise noted.