What's on your mind?

This is the place to talk about your favorite topic, to share news, theories, ideas, and to connect with others. The content from your Forum has been converted to Discussions posts, so nothing has been lost.

To learn more about what you can do here, check out community.wikia.com/wiki/Help:Discussions

If you're an admin on this community, read more about how you can customize your Discussions and set up guidelines for contributors: community.wikia.com/wiki/Help:Admin_and_Moderator_Tools_in_Discussions

I would like to change the name of Towns, Villages and Cities to Cities Wikia, for the following reasons:

It is much better than Towns, Villages and Cities.

It specifies that this is a wikia*.

cities - n. A center of population, commerce, and culture; a town of significant size and importance.

wikia - a wiki hosted by Wikia, coined by Wikia Staff and announced by Brandon Rhea on Community Central on November 2014 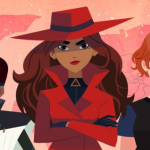 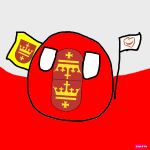